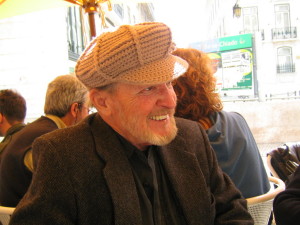 Edward Klima, Emeritus Professor of linguistics at the University of California, San Diego, and Adjunct Professor at the Salk Institute for Biological Studies, died on Sept. 25 in La Jolla, California at the age of 77. Ed was a pioneer in the field of sign language linguistics. Along with his wife and colleague, Dr. Ursula (Ursie) Bellugi, he was among the first to conduct linguistic and psycholinguistic studies of American Sign Language. Their book, The Signs of Language, was named Most Outstanding Book in Behavioral Sciences in 1979 and was co-written with students and colleagues who are now well known to the field of sign language research: Robbin Battison, Penny Boyes-Braem, Susan Fischer, Nancy Frishberg, Harlan Lane, Ella Mae Lentz, Don Newkirk, Elissa Newport, Carlene Canady Pedersen, and Patricia Siple. The Signs of Language, along with the book What the Hands Reveal about the Brain (MIT Press, 1987; co-authored with Howard Poizner and Ursula Bellugi), were landmark achievements and advanced the scientific study of sign languages by illustrating just how critical sign languages are to our understanding of human language and the biological foundations of language. 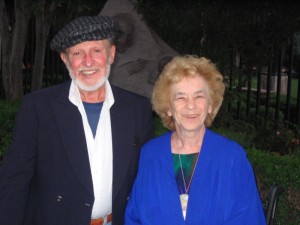 Ed obtained a Ph.D. in linguistics from Harvard University in 1965, and he was an Associate Professor of linguistics at MIT when he met Ursie, then a graduate student at Harvard. The two moved to La Jolla in 1967, with their sons, David and Rob, and began a life-long collaboration on the study of ASL and more recently on Williams Syndrome. Ed was a serious scholar, but he was not pretentious. He will be remembered not only for his scientific achievements, but also for his warmth and sense of humor – he was definitely fond of slightly off-color jokes and bad puns. Ed was never a terrific signer, but he understood ASL quite well, and Deaf people would sometimes warn each other: “Careful! He knows what you’re signing!” Ed has an important place in Deaf history, and his contribution to the study of sign languages cannot be underestimated.

We extend our condolences to Ursie and to the Klima-Bellugi family. Memories and tributes can be sent to klima-memorial@ling.ucsd.edu